Did You Know This About Bugs?

Insects are truly fascinating creatures and at GC Pest Control we come across a lot of insects!

Insects by definition are a small arthropod (an animal having an external skeleton) that has six legs and generally one or two pairs of wings.

Insects come in all different shapes, sizes and colours and these sometimes eccentric little creatures provide an endless list of strange and interesting facts:

Thankfully some of these exotic insects we are not likely to come across like the Driver ant! If you need pest control on the Gold Coast, Ipswich and Brisbane, give the friendly team at GC Pest Control a call.

You Don't Need To Suffer Any Longer 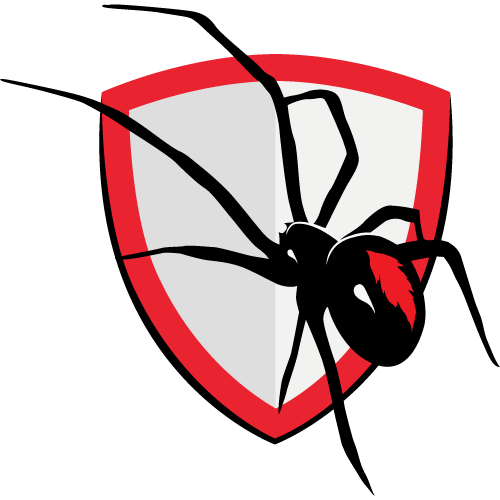 Cassy deckert
22:27 24 Jun 20
GC Pest Control, no doubt, are the best pest control company we have dealt with. They are a company that holds customer service as a priority. All the friendly, professional staff are prompt and always go that extra mile to ensure all of our pest control requirements are satisfied to the highest level. Can highly recommend this Company to anyone.

Monique Baker
05:03 23 Jun 20
Awesome service, friendly and answered all questions I had. Would definitely recommend

Lindy Moy
01:33 17 Jun 20
Just had Matt from GC Pest Control spray our home. Prompt ,courteous and professional. Received a text message to say he was 7 mins away and arrived right on time. Wouldn't use any other service. Great job.🙂

Matt Brenner
00:53 16 Jun 20
Matt did a great job with our termite and pest inspection. He was very knowledgeable and thorough. I would highly recommend him and the GC Pest Control team.

Amy Lomax
01:43 03 Jun 20
Arrived right on time with additional notification telling me when he was 8 mins away. He was friendly, professional and efficient and took the time to listen, took me through their steps to address it and what I should expect moving forward. Brilliant. Thank you!

Kathleen Ryan
23:41 20 May 20
Chris is always very punctual and has a wealth of knowledge on pest control. I've used GC Pest control for a couple of years now and can confidently say that they take away all the worry in pest control. They have competitive rates and I've found the services they have provided has solved all our problems and prevented problems too!

jinlaverne
03:32 20 May 20
GC Pest control does a truly good job. Their staff are very professional and are responsive when you contact them. I had no issues when I reached out to them about needing them to come back/ reschedule. They are great to work with, I highly recommend their services.

Julia Khalaf
03:36 18 May 20
They txt when driver is on the way and you can track when they will arrive. They are very thorough and professional. Any issues you have they address. Have used them the past three years and highly recommend them. 5 stars!

Christine Purtill
07:14 11 May 20
Efficient process from booking to completion of treatment. I was very pleased with this process as well as the inspection carried out on the same day. Furthermore, I was impressed to receive a thorough Inspection Report on the same day. Many thanks.

Michelle Webster
01:36 08 May 20
We are beyond impressed with the service GC pest control provide our family. We wouldn’t use anyone else now. They are incredibly thorough and detailed, yet highly efficient. Thanks again for another great treatment guys!!

Sharna
14:06 06 Apr 20
Chris carried out the pest control at our home. He was super easy going, very knowledgeable and made sure no spot was left untreated. He gave me an extensive rundown of where and why our pest problems occur and many tips for prevention. Will 100% recommend and will be using again for all follow up treatments!

Da Lan
01:01 11 Mar 20
Arrived right on time and did a comprehensive job. Very professional and easy to deal with. Highly recommend.

Clem Bessault
00:42 10 Mar 20
Had my pest control done last week. I called the morning and had an appointment at 3pm the same day. Justin was on time, kind and professional. Easy to deal with GC Pest Control. I recommend! 👍

Julie Finch
22:48 04 Mar 20
Great communication from time of booking. Chris arrived on time, very pleasant & professional. Would have no hesitation in continuing to recommend or use this service again.

Terrena Peade
00:29 23 Jan 20
Chris arrived on time, was polite, explained what he was doing and answered any questions I had. After the service, he told me about any issues or concerns he came across so we can take preventative measures. Very happy with the service.

Sandra Coombs
02:57 17 Jan 20
Excellent service from Vicki at GC Pest Control. This time I was getting the termite barrier refurbished but I also use GC Pest for general pest control. Over the years I’ve never been disappointed. Very efficient - they always confirm arrival times and arrive on time. Always professional and also very pleasant. Vicki, Matt and Jane are a pleasure to deal with.

Rick Rowlinson
00:01 20 Dec 19
GC PEST CONTROL were professional from the first phone call. The technician was very experienced and provided a comprehensive service above what was expected. Would highly recommend to anyone.

Jenny Van Engelen
02:17 13 Dec 19
Very professional service from Matt B for an internal and external house pest treatment. Friendly and efficient, we were impressed with the ease of booking and the high level of communication via text. Very happy with explanation of the treatment process and future need for follow up. Thoroughly recommend!

Jan Hosking
23:21 06 Dec 19
The pest person was very good and did the job properly no complaints here plus she was friendly and very nice.Excellent job thanks

Donna McGarvey
06:46 28 Nov 19
Vicky is amazing, very thorough,efficient and friendly. I highly recommend Vicky I have had to call GC PEST CONTROL out within the warranty expiration and it is no problem I have been using GC PEST CONTROl for 5 years and am a very HAPPY CUSTOMER Donna

Warren Herlt
22:33 18 Nov 19
GC Pest control provided a pre purchase building and pest inspection. Viki and her team were on time, efficient and extremely knowledgeable. You could tell She was passionate about her job. Highly recommended and will be using them in the future.

PATRICIA JOHNSON
08:50 13 Nov 19
This company are well educated on different types of bugs and insects. They do spread sufficient amount of spray and traps. I had terrible experiences with German cockroaches. This company gave me time to prepare my place before the actual process of their pesticide against these German cockroaches. They have reacted on a timely manner before these terrible pests multiply so quickly and spread the whole place.

Jules Boutin
06:58 23 Oct 19
I have used GC Pest Control to do our end of least pest treatment. We had no issues, the real estate was happy so thanks for an easy service. They are professional and do an amazing and thorough job!

sally oneill
07:57 04 Oct 19
Gold Coast pest control do all of my Pest treatments at home I never have pest issues anymore after having several Other companies before them they also look after my clients and provide pest treatment advise to them as I am a Real Estate agent this often reassures clients and assists with the sale process They also proved a Bulding and pest report service if you are buying a home and will recommend how to protect your home in the future Jack is always available if I need advice and to speak with clients for me They are a great team and very knowledgeable

laurent postiaux
01:54 24 Jul 19
We hired GC Pest Control for a pre-purchase inspection. We highly recommend the professionalism, courtesy and efficiency from the team and inspector Vicki. It is very comfortable and reassuring to work with such qualified people.

Abbey Raal
02:27 27 Jun 19
If I could give more than 5 stars I would! Amazing service, pricing and work. Vicki went above and beyond and made me feel at ease during an expensive and stressful situation with termites in a home we'd not long owned. So happy with the work carried out and the service. Would recommend 100%

Alistair Ralston
10:37 16 Apr 19
Very happy with the service received from Vicki and the staff. I needed a full termite inspection and a termite barrier system fitted to my house in Burleigh as a future precaution. The termite barrier price was reasonable and is much cheaper than the damage that can be caused if termites attack your home. Vicki gave me lots of general advice and is very helpful. I highly recommend this company to anyone needing pest control within the Burleigh or other Gold Coast areas

Awesome Creations
14:05 13 Mar 19
Highly recommend! I was totally stressed out about people coming into my house with dirty boots/shoes on to do the 'pre-approval pest/building inspection'. Well, I can tell you there was no need for me to worry at all - Vicki and Jud came prepared with indoor shoes, they were so polite and friendly it was a pleasure to have them tapping every wall, skirting board and window frame in my house!! Vicki even asked for a sheet to cover my clothes in the WIR so they didn't get dust on! Thank you guys!! =) (Jack was also lovely to deal with)

Noelle P
02:20 15 Jan 19
I hired GC Pest control over the Christmas holidays and they were so professional & organised! I haven’t been happy in the past with different companies, as it didn’t really seem to help (cockroaches), but I’m super happy to say this company is the real deal. Vicki was prompt, informative, and didn’t mind taking the time to explain the process. She treated all through the ceiling cavity (wasn’t done in the past) and we saw an immediate effect. I’m content to keep using this company yearly.

Natalie Falicz
03:02 09 Jun 18
Absolutely five start service. I am so happy to find a company that is sincere and reliable. So happy to have found GC Pest control. Thankyou guys.

Adrian Mercer
09:54 10 May 18
Great guys excellent service, they turn up on time and are no hassle, I have been using Jack and the boys for years on all my property’s and never have had a problem.

Jess Plant
01:09 05 Sep 15
I called GC Pest Control when I saw a rat in my garage, they answered on a Sunday and booked me in for the next day. They were extremely thorough and affordable. I am pleased to say I haven't seen or heard of any rats since! Thanks GC Pest Control, I'll be recommending you to my friends.

Tracey Horton
20:27 03 Sep 15
I am very pleased with the professional service l received last week. I called to make an appointment and they fitted into my work schedule . Very impressed l have used this company before and will continue to in the future. Look no further for great service!!
See All Reviews
GC Pest Control Rated 5 / 5 based on 20 reviews. See Reviews