What To Know About Australian Spiders? 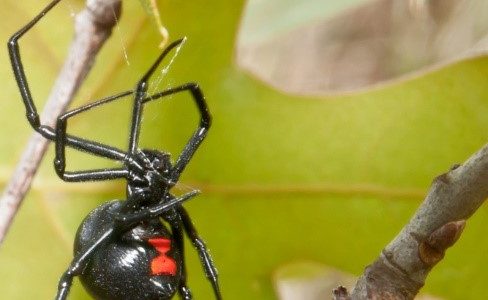 Apart from the famous Great Barrier Reef and the stunning Outback, Australia is unfortunately synonymous with flies, poisonous snakes, and spiders. Those living in the colder parts of the planet do not get to experience the joy of flies swarming over a picnic table, snakes slithering into back yards or spiders on the toilet seat!

Although insects and reptiles have their place in the grand scheme of things, the likes of spiders are considered pests. Throughout the years of providing pest control treatments on the Gold Coast, Brisbane and Ipswich, GC Pest Control can easily identify and treat unwanted spiders. Our spider treatments are most successful in keeping your home spider-free, ensuring you and your family are safe from encountering one of Australia’s most popular and or poisonous spiders:

A well knows spider indigenous to Australia is the Redback Spider. Typically, the adult female is larger than the male is the most recognisable feature being black with a red stripe on the upper side of its abdomen. These spiders are venomous and harmful to humans and lead to most spider bite statistics in Australia. Its preferred habitat is a warm and protected place usually close to or inside our homes, so it can easily contact a home’s human inhabitants.

Redback spiders spin a messy web to catch insects, other spiders and some small reptiles and kill them by injecting venom through their fangs.

Huntsman spiders are found throughout Australia and can grow to one of the largest spider species, up to 15cms. These spiders also feed on insects, smaller spiders and tiny lizards. Not renowned for biting humans, they are more recognisable for their largely black, hairy bodies and their ability to move at incredible speed. These spiders are considered a pest due to their intimidating size and cause more fright than a bite to humans.

This fearsome spider has fangs that can rival a snake and is considered the deadliest spider in Australia. Found in Sydney and NSW, this spider is not to be trifled with as they can become aggressive if threatened.

Having a dark coloured, glossy body, they usually live in a burrow in warm, moist sheltered areas with a funnel-like entrance. Existing on insects, lizards and frogs, the male of the species is more venomous than the female.

Possessing very long legs, Daddy Long Legs are a very common spider in our Gold Coast, Brisbane and Ipswich homes. Spinning untidy webs usually in corners, these spiders eat insects, other spiders, flies and beetles. Although poisonous, their fangs are so minuscule that even if they could penetrate the skins of a human, they do not pose a risk.

These large spiders weave even larger webs that have tremendous strength, strong enough to catch small birds. These are the webs you see usually cast between trees or from one building to another or fences and washing lines.

Generally hiding during the day, at night, the Golden Orb Spider eats the insects, flies, beetles and other spiders that have been caught during the day in their strong webs.

Mouse spiders look formidable with large bulbous heads and smooth, shiny bodies. There are eight known species of the Mouse Spider throughout Australia but aren’t relatively common in our suburban Gold Coast, Brisbane and Ipswich back yards.

Typically preferring areas near rivers or waterways, Mouse spiders aren’t particularly aggressive. Mouse spiders are active in daylight hours rather than at night. Their diet consists of insects, other spiders, frogs and small lizards.

In Australia, a common spider, the White Tail spiders, are dark red or grey with orange markings on their legs. Preferring to live hidden in bush-like areas underneath rocks, wood, mulch and leaf litter, these spiders eat other spiders.

Tarantulas are large, threatening looking, brown or black hairy spiders that can provide a painful but not fatal bite to humans if messed with. Tarantulas mostly feed on insects, other spiders, small lizards and frogs. Preferring to live in dry, well-drained soil, they will dig a burrow and are nighttime hunters who pounce on their prey.

If the mere thought of encountering just a few of Australia’s many spiders has your spine-tingling, give the professional pest control company call GC Pest Control. We have specialised pest control treatments that can rid your home of spiders in no time, giving you back your peace of mind.

You Don’t Need To Suffer Any Longer